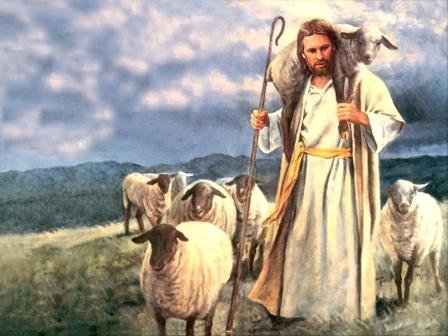 An Elder Is A Pastor or Bishop

The Office of Elder Is Reserved Only For Ministers, Not Laity

The very term Elder means one called into the ministry as a full-time vocation by God. The office of Elder is a ministry position, not a laity position. The early Church gathered together to consider a matter about circumcision in Acts 15 where we can see this office more clearly.

Act 15:6 KJV   And the apostles and  elders  came together for to consider of this matter.

The apostles were referring to the twelve Apostles of the Lamb (those who were alive during Jesus’ ministry and followed Him – yet there were many other Apostles not of the twelve).   Notice the Apostles and Elders were gathered to make a Church decision.  The next verse Peter speaks:

Act 15:7 KJV   And when there had been much disputing,  Peter  rose up, and said unto them, Men and brethren, ye know how that a good while ago God made choice among us, that the Gentiles by my mouth should hear the word of the gospel, and believe.

Therefore, we can conclude that Peter was either an Apostle or an Elder or both.   Of course we know he was an Apostle but was he considered an Elder? Yes! Peter wrote in his epistle the following about himself:

1Pe 5:1 KJV   The elders which are among you I exhort,  who am also an elder, and a witness of the sufferings of Christ, and also a partaker of the glory that shall be revealed:

Peter was a member of the ministry called and ordained by God. He held the office Apostle which is an Elder position meaning an overseeing position. (An Apostle oversees and/or influences a large segment of the Church often having foundation-building within that segment he influences.) The term Elder in the specific sense is equal to a Pastor. However, in a general sense, as is used here by Peter referring to himself, an Elder is anyone that oversees. Peter clearly has an overseeing role in the early Church.   He was not a Pastor of a specific congregation but as an Apostle, he oversaw most of the early Church which is why he gives himself the title of Elder in 1 Peter 5:1.

Peter ends the dispute in Acts 15 by deciding what to do as he is led by God:

Act 15:10-11 ESV   Now, therefore, why are you putting God to the test by placing a yoke on the neck of the disciples that neither our fathers nor we have been able to bear? But we believe that we will be saved through the grace of the Lord Jesus, just as they will.”

Then Paul and Barnabas give their input based on the moving of the Holy Spirit through the Gentiles that they have seen:

Act 15:12 ESV   And all the assembly fell silent, and they listened to Barnabas and Paul as they related what signs and wonders God had done through them among the Gentiles.

Then James speaks. He is not the James of the original twelve Apostles but James the brother of Jesus and Pastor/Bishop of the church at Jerusalem:

Act 15:13 KJV   And after they had held their peace, James answered, saying, Men and brethren, hearken unto me:

James then goes on to give his decision after a speech and says:

(Act 15:19-21 ESV)   Therefore my judgment is that we should not trouble those of the Gentiles who turn to God, but should write to them to abstain from the things polluted by idols, and from sexual immorality, and from what has been strangled, and from blood.   For from ancient generations Moses has had in every city those who proclaim him, for he is read every Sabbath in the synagogues.

After Peter, Paul, Barnabas, and James speak, the Apostles and Elders make a decision and everyone follows their lead and the issue is settled.   They had the last word because they were in charge.   Peter was helping overseeing the whole Church and James was an Elder because he was the Pastor of the city-church at Jerusalem.  Notice there were no votes/consensuses/democracies mentioned.   James listened to the wisdom of the others then made a decision.  Once he said the last word, the issue was settled and everyone followed suit. James was the pastor of the city-church of Jerusalem. Peter helped oversee all the churches worldwide.

Act 15:22 ESV   Then it seemed good to the apostles and the  elders, with the whole church, to choose men from among them and send them to Antioch with Paul and Barnabas. They sent Judas called Barsabbas, and Silas, leading men among the brothers,

It seemed good to the Apostles, Elders, and whole Church to send messengers with the news of the decision being made.   They sent messengers, they did not decide the important issue at question.   The issue was already settled and the whole Church thought it was good to immediately send out the report.   This is the closest thing to a consensus in the New Testament which involved how and when to get the news out.

When we read the Bible through the lens of modern church, we unintentionally impose that model onto the Early Church.   Because we have thought that a church is a group of people meeting in a single building, we have misunderstood Church government taught in the Bible. However, church history is very clear that a church in the New Testament did not meet under a single roof – it included an entire city. This why multiple Elders, or Pastors, were needed.  So when we read about Elders (plural) being appointed for every church, we get mixed up thinking there should be a committee-type government running the local church which is nowhere taught in the Bible in any shape or form.

If we do not study out the words “Elder”, “Pastor”, and “Bishop” in the original Greek, we will also find ourselves going down the wrong path of proper Church government.   A Pastor is the same office as Elder or Bishop.   They are to oversee the local church or in a general sense oversee some large portion of The Church.   It is impossible that this office is to be held by laity for these offices require a calling from God.   A calling from God includes the anointing and grace to govern a church. The laity do not have this calling or anointing to do so. To allow the laity to govern a church is invite disaster because it is outside of God’s order prescribed in the Bible.  These two errors combined have created the disaster we have today of a democratic style of Church government destroying Churches, wrecking lives, and stopping the spread of the Gospel. It is time for the Church to get back in order, to get back to the Bible, and allow God to run our churches through the man of God He appoints and anoints.