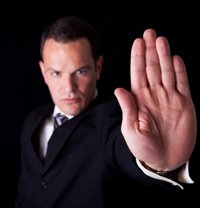 Is it a Move of God or Not?

How can we know whether  revival is taking place or a work of the flesh and religion?

Matthew 13:24-30 KJV Another parable put he forth unto them, saying, The kingdom of heaven is likened unto a man which sowed good seed in his field: (25) But while men slept, his enemy came and sowed tares among the wheat, and went his way. (26) But when the blade was sprung up, and brought forth fruit, then appeared the tares also. (27) So the servants of the householder came and said unto him, Sir, didst not thou sow good seed in thy field? from whence then hath it tares? (28) He said unto them, An enemy hath done this. The servants said unto him, Wilt thou then that we go and gather them up? (29) But he said, Nay; lest while ye gather up the tares, ye root up also the wheat with them. (30) Let both grow together until the harvest: and in the time of harvest I will say to the reapers, Gather ye together first the tares, and bind them in bundles to burn them: but gather the wheat into my barn.

This parable of the wheat and tares is fascinating when you dig into it in the light of modern-day Christianity. It tells us of that which is genuine Christianity and a genuine move of God versus that which is false yet can, for a time, appear genuine. But at the end, when it is time for harvest, we will be able to clearly see the difference. We are living in the last days, just a sliver of time before the harvest.  When the genuine and false, people and moves, first get started we cannot tell them apart because they look alike just like early wheat and tares. Yet at the end we can tell them apart! We are at the end time right now.

So many movements start out as a move of God, a move of the Holy Spirit and the Word, but then they change. Man gets a hold of it and corrupts it with selfish desires and it goes into the ditch. However, most people observing do not know it has been corrupted. All they can see is what they remember about its origin, which was a genuine manifestation of God. It takes someone with a knowledge of God’s Word and that understands the things of the Spirit to discern that things are no longer spiritual but they are carnal. What has continued of the movement is of man and is a counterfeit that leads people into the bondage of religion.

The Roman Catholic Church is the most obvious example. For the first three hundred years of Christianity, it was a powerful and genuine move of God. Then the Roman Catholic Church was born when Constantine took Christianity and turned it into man’s religion instead of a relationship with God through Jesus Christ. Man became the one you needed, not Jesus, to get to God. Worship of man’s works and things made by man’s hands became the focus instead of Jesus. Money corrupted men’s hearts causing great suffering and the destruction of many souls. We can readily see how the things of God turned to the things of the flesh and devil in the Roman Catholic Church, but we are guilty of the same mistake today in the Protestant Church.

Today’s Protestants (non-Catholics) have done the same thing the Catholics of old have done. They have become corrupt people-pleasers chasing after money instead of God. Many so-called churches today are no better than the Catholics of old. They build huge facilities to house all the people because they cater to the flesh which wants a form of worship but not the real thing. They want the entertainment of worship but not the God they are to worship or reverence. They want the friendships with people but not the Bible-ordained fellowship of the saints. They want to feel good about themselves when someone tells them how great they are for being in church but they do not want to repent of their sins and sell-out to God.

The motivation of today’s modern church-growth movement is usually money. Whatever it takes to please the people filling the seats to get them to give. The leaders get their directives from men, not God. They do not want to say anything to offend anyone but God’s Word challenges men to change. God’s Word offends the carnal nature of man so that he can change because It shows us where we come short.

The Dangers of the False Move

It is obvious that something false will not produce a real relationship with God. It will coax people to sleep as they die in their sins. With all the money, they will build beautiful edifices like the Catholic church, but inside is no life – no Bread of Life…no Spirit of God. They do not come closer to God, they just walk away feeling better about themselves. The experience subsides the subconscious yearning to worship the True and Living God for a time. They never really know the God of the Bible, Jesus Christ and His Spirit.

One of the other dangers, which inspired me to write this, is the lack of discernment of that which is really of God and that which is not. Both the pseudo-Christians and real Christians can fall into this error. In other words, it becomes a danger to the real genuine people of faith because they can follow something that is false and not even know it. Or they get into the ditch on the other side and condemn true moves of God claiming they are false. All this comes from a lack of discernment and a lack of knowing God’s Word.

So what is the answer to this dilemma? How are we to know the false from the true? Well, we need to know God’s Word and the parable of the wheat and tares gives us the answer for today….

The Wheat and the Tares

(26) But WHEN the blade was sprung up, and brought forth fruit, THEN appeared the tares also. … (30) Let both grow together UNTIL the harvest.

Though the false and true things of God may grow together, we will be able to discern them…when it comes time for harvest! We are there folks. It is time for harvest and we, who know the Word of God and the Spirit, should be able to see that which is true and that which is false. However, we also must be open to the next move of God at the same time and not be foolish by rejecting it. Also, we must be wise enough to accept the previous revelations of God without throwing the entire revelation in the trash because now we have discerned some part of the current manifestation of the move as false. Do not throw out the baby and the bathwater because a part of something is obviously false. God will separate the wheat and tares at harvest; we need to be discerning but not close-minded. We need to be open to the Spirit of God and closed to the counterfeit. We can do this especially today because we are so close to the harvest.

Many of us will be able to see in the timeline of the moves of God where certain people are trapped in the past by how they reject all future revelations. Where are you in this timeline? Where is your Pastor or church?

There are some that accept all the revelations of the past and are moving forward looking to God for what He is doing, while most are trapped in the past. There are tares that have come from each of these movements once men got a hold of them. They have taken the genuine and destroyed it by making it of man. The foolish think that that justifies them from moving forward with God…but it does not. God expects us to discern the real from the false because we have the Word and we have His Spirit. Like moist concrete, the moment it stops moving it solidifies, just as so many Christians have today. They point to what they have which is genuine and right and believe it gives them an excuse to reject all other doctrines and revelations. They camp out on a monument of the past. But God is still moving today with fresh Manna from Heaven. It is time to reject the false, the poisonous tares, but consume the true Manna from the wheat.

O, Lord God, give us a discerning heart of wisdom to know what You are doing today and to reject the false!