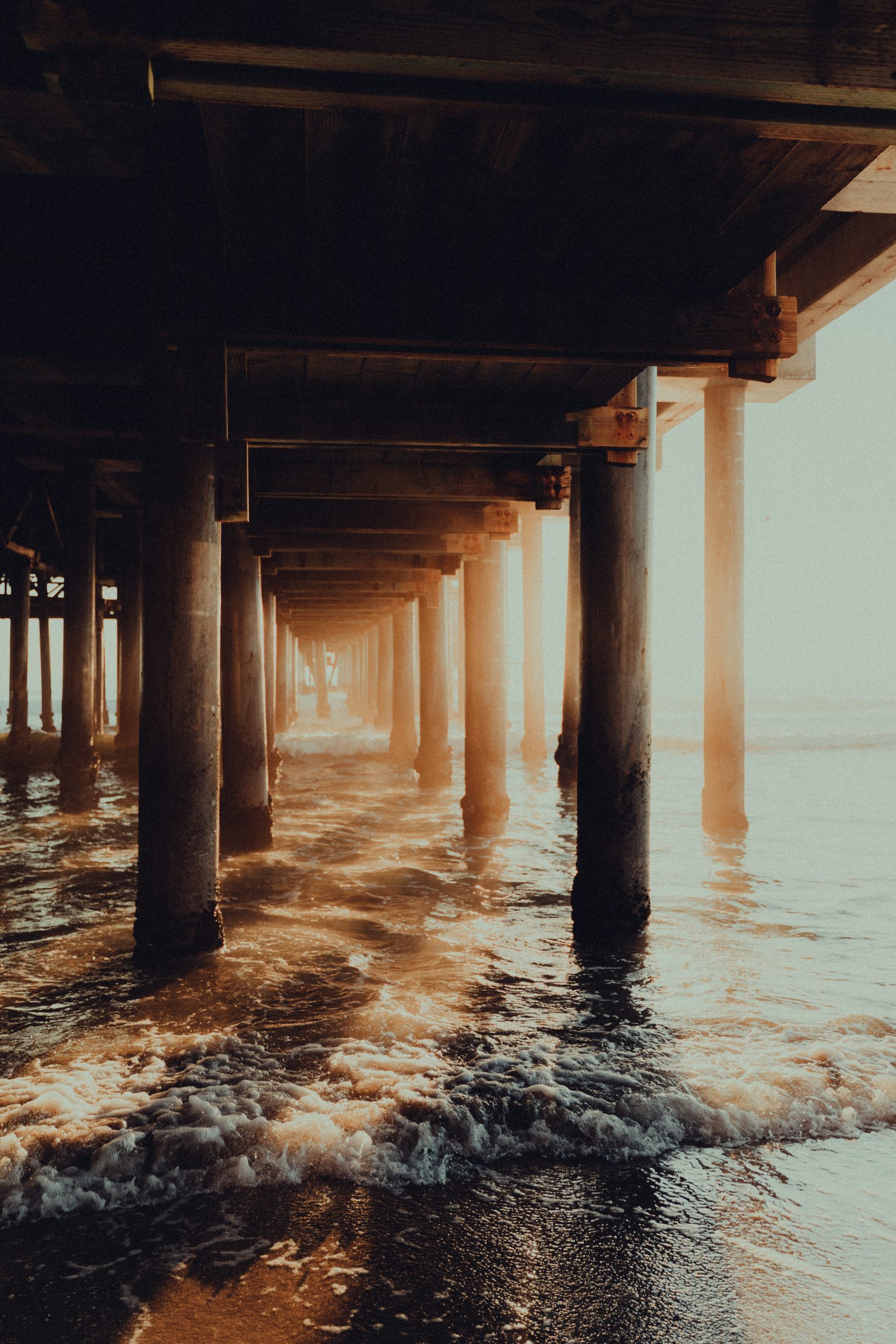 We Are No Longer to Have Consciousness of Sin

Some Christians seem to think it is their duty to remind themselves of their sins and how sinful they are. They think the more they do this, somehow it impresses God and shows humility. However, the Bible says we are to no longer have a consciousness of sin. Therefore, when they beat themselves up over sins, they are rejecting the clear teaching of God’s Word. They are having faith in something other than the cross; their faith is in their sinfulness. What you have faith in will become your reality. I have discovered that sin consciousness and self-condemnation do not lead us from sin, but rather toward more sin. It does not set you free to obsess about the sin nature of the flesh – it binds you further with the chains of darkness.

I have chosen to have faith in God’s Word rather than in my sins or my flesh’s bent toward sin, a.k.a. the sin nature. By the way, I am not my flesh; I have flesh but I am not my flesh. I am a spirit man clothed with flesh to walk the earth. I am a spirit being that is a new creation in Christ and washed clean by Jesus’ blood, as if I had never sinned – and so are you if you are born again. What does God’s Word say? Does It say I should have remembrance of my sins? Should I go around beating myself up with self-loathing like the Catholics of old who would literally whip themselves bloody as a sign of piety and penance? No! That is the dead works mentality; trying to impress God and yourself for how “humble” you are, yet it is nothing but false humility.

Here’s What the Word Says About Sin Consciousness

Hebrews 10:1-4 KJV For the law having a shadow of good things to come, and not the very image of the things, can never with those sacrifices which they offered year by year continually make the comers thereunto perfect. (2) For then would they not have ceased to be offered? because that the worshippers once purged should have had no more conscience of sins. (3) But in those sacrifices there is a remembrance again made of sins every year. (4) For it is not possible that the blood of bulls and of goats should take away sins.

In the Old Testament the Jews were constantly reminded of their sins because the offerings continued year after year, for hundreds of years. The Jews were never perfected by the Old Testament sacrifices, meaning they never reached the finish line. They just kept running and running, and would have run forever if Christ had not come to make the final sacrifice for all sin for all time. In Christ, we ARE perfected. We are done with all sin for all time forever and ever – glory to God! We all know we are to no longer use the blood of animals to cover sin for another year; we applied the blood of Christ just once and it is forever done!

The point the writer of Hebrews is making in these verses is that we should have no more consciousness of sin in the New Testament, in Christ. In the Old Testament they had a constant reminder of their sins, but we are under a better, much much better, covenant in the New Testament. The word “conscience” in verse 2 means “moral consciousness.” We are not to be conscious of the sins we commit or the lusts of the flesh. We are not to dwell on the sin-nature of the old man we used to be; we are to dwell on the righteousness that dwells in the very core of our spirits today! We are to dwell on the righteousness of Christ that He purchased for us on the cross. We are to dwell on verses like these:

2 Corinthians 5:17 KJV Therefore if any man be in Christ, he is a new creature: old things are passed away; behold, all things are become new.

2 Corinthians 5:21 KJV For he hath made him to be sin for us, who knew no sin; that we might be made the righteousness of God in him.

Ephesians 2:8-10 KJV For by grace are ye saved through faith; and that not of yourselves: it is the gift of God: (9) Not of works, lest any man should boast. (10) For we are his workmanship, created in Christ Jesus unto good works, which God hath before ordained that we should walk in them.

Faith in their sins and sin nature has become a thing to boast in for many Christians. But we are saved not by our “good” work of self-loathing our sins; we are saved by faith – faith in the finished work of the cross. If it was finished on the cross, why then dwell on sin? Why do Christians feel the obligation to condemn themselves over personal sins? Why do they feel siding in with the devil by condemning themselves will make them more spiritual? It will not! That mentality exhibits doubt about the power of Christ’s blood to truly save you to the uttermost. Once saved, it is time to talk about the blessings of being in Christ and discipling the believer to tell others the Good News.

I am puzzled by ministers who speak to their congregations as if the entire congregation is constantly sinning, sin-laden, sinners. Number one, there is nothing in the Bible that says we are constantly sinning. Some people think that we all, Christians included, sin thousands of times a day – and that’s just before breakfast! That is utter nonsense. That is the condemnation of devil because my Bible says I’ve been born again if I put my faith in Jesus. The Bible says I’m a new creation in Christ. I’ve been given a divine nature (2 Pet. 1:4), which is the nature to please God and not sin. I no longer have the nature to sin in my spirit. I still have a sin-nature in my flesh but not in the real me…my spirit. If I sin, I know it! Then I repent and He cleanses me. If I’m sinning thousands of times a day, then I’m not born again…I need to get saved!

What they mean when they say such things as “you sin a thousand times before breakfast” is that you are sinning unconsciously somehow. But I challenge you find one shred of evidence which proves that in the Bible. There is nothing in Scripture to indicate we are constantly sinning as Christians.

So are ministers to speak to Christians as constantly sinning sinners? No, by no means. A church congregation mostly consists of people that are born again. They need to be addressed as if God’s Word is actually true and that they are cleansed from all sin, pure in the eyes of God, and new creations in Christ with a new nature that does not want to sin. The real Christian does not sin constantly – they sin occasionally and are fully aware the moment they do it in most cases (1 John 1:9 – how could you confess if you do not know?; 1 John 3:20; John 16:8) . Then they usually repent. When we address Christians, we should do so as if we are talking to someone who is truly righteous because that is what God’s Word says they are…just as righteous as Jesus.

If you feel sin-laden, you need to just believe God’s Word:

John 5:24 KJV Verily, verily, I say unto you, He that heareth my word, and believeth on him that sent me, hath everlasting life, and shall not come into condemnation; but is passed from death unto life.

Romans 8:1 says there is no condemnation to those “in Christ.” That is a permanent fixed position – being in Christ. It is not based on what we do (sin) but on who we are in Christ – forever righteous. But then the verse mentions our walk. We are to walk not after the flesh but after the spirit. That has to do with our actions or behavior. So from God’s standpoint we are perfectly righteous no matter what our actions are, therefore it is understood there is never condemnation from God. However, that is not where condemnation comes from – it comes from the devil and us agreeing with the devil about how sinful we are.

When this verse talks about condemnation it is primarily talking about self-condemnation because God never condemns based on our walk, yet verse 1 does mention our walk. So the subject of this verse is not God. Who condemns us based on our walk? The devil and ourselves. So, altogether this verse is saying when your walk lines up with who you really are in the Spirit, (righteous!), you will not condemn yourself. That’s where we all strive to live every day – without sin and therefore without the temptation toward self-condemnation.

Verse 9 talks about being “in the flesh.” That too is a permanent fixed position, like being “in Christ,” that has nothing to do with a man’s walk but refers to who he is. That is what we were before becoming born again. But once you are born again, you are “in Christ” or as verse 9 it says you are “in the Spirit.” You never will be “in the flesh” again – you are forever “in Christ” or “in the Spirit.” So, the phrase “in the Spirit” is talking about who you are, not your walk or behavior. Because of who we are, we should not ever condemn ourselves based on our behavior because we should look not at our actions. We need to agree with the Word of God about who we are in the Spirit. Our actions have no effect on who we are or our position of being righteous with God.