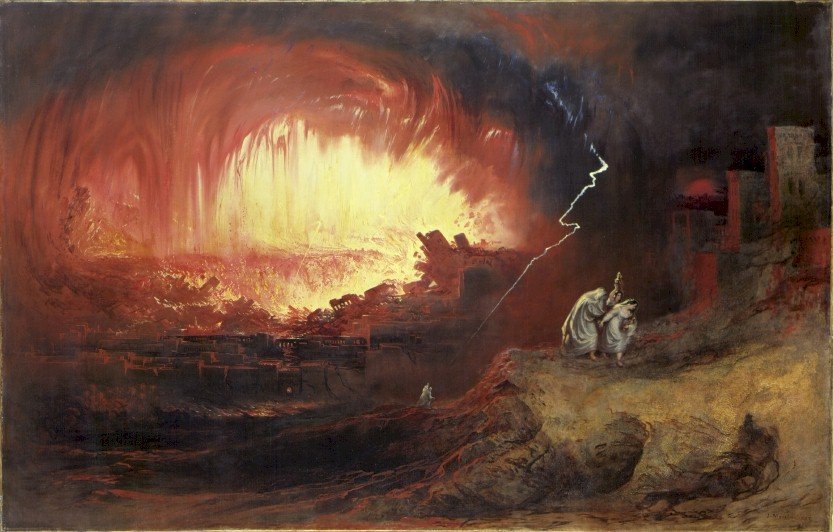 Many have been taught that the Church will be raptured, then for seven years God pours out His wrath. They base this concept, that rapture comes first then wrath, off of passages like Luke 17:26-29.  This is partially true except nowhere in the Bible does It say that the seven years, Daniel’s seventieth week, is God’s wrath. It is not until after the seven years that God’s wrath is poured out. Most Post-Trib believers think the Church will be here during God’s wrath. According to the Bible, the Church will be here during the time of the Antichrist and the first five trumpets – which are extremely difficult times – but the actual wrath of God does not start until Jesus returns. In fact, the Church is FIRST raptured, THEN Jesus pours out His wrath for those remaining on the earth.

The Bible promises to the Christian that they will never endure the wrath of God. It says in 1 Thessalonians 5:9,  “For God hath not appointed us to wrath, but to obtain salvation by our Lord Jesus Christ,”  That being true, it is beneficial to know when the wrath of God begins. The Bible is clear about the timing of His wrath. It is known as the Seven Bowls of God’s Wrath (Rev. 15:1, 6, 7), which happens during the Seventh Trumpet (Rev. 11:18), which is during Seventh Seal. The timing of the Seven Bowls of God’s Wrath are AFTER the seven years at the time of Armageddon when Jesus pours out the wrath of God which you can read in detail in Revelation chapters 16, 18, and 19:11-21.

Let’s look at some Bible passages to see if I am just conjecturing here or if it is actually true that the Rapture and wrath of God happen on the same day:

Luke 17:26-32 KJV And as it was in the days of Noe, so shall it be also in the days of the Son of man. (27) They did eat, they drank, they married wives, they were given in marriage, until THE DAY that Noe entered into the ark, and the flood came, and destroyed them all. (28) Likewise also as it was in the days of Lot; they did eat, they drank, they bought, they sold, they planted, they builded; (29) But THE SAME DAY that Lot went out of Sodom it rained fire and brimstone from heaven, and destroyed them all. (30) Even thus shall it be in the day when the Son of man is revealed. (31) IN THAT DAY, he which shall be upon the housetop, and his stuff in the house, let him not come down to take it away: and he that is in the field, let him likewise not return back. (32) Remember Lot’s wife.

The same day Noah was saved was also the day of destruction for the enemies of God. The same day Lot was saved was the same day the wrath of God destroyed Sodom. Then Jesus points out when He returns is when people will be on the housetop looking for Him. These are the Christians who see the Lord has come in the clouds on television so they get to a high place to see Him and be raptured. If you do not believe Luke 17 is talking about the rapture, you are missing one of the greatest rapture passages in the whole Bible! Let’s keep reading:

Verses 33-37 are talking about the rapture. Those looking to the sky for Jesus must not look back at their earthly life and long for it.  Even when they are in the midst of being raptured, they should not look back with regret to leave the wealth, position, fame, possessions, or earthly relationships they have acquired.  We will be changed in an instance, in the twinkling of an eye but the actual rapture will be much slower, i.e. we will ascend slowly just like Jesus did, and the disciples were able to watch it, in Acts 1:9. In Luke 17:26-37 Jesus is clearly telling us the day that He returns will be the day of wrath upon those that remain after the rapture but let’s look at another passage to confirm:

Notice again, Noah is saved the same day destruction came upon those outside the ark. Then immediately Jesus refers to the rapture when our “Lord doth come.” Nowhere in then entire Bible does It say the Church will go through the wrath of God. Every passage on the end times shows the destruction of the enemies of God while God’s people are saved on the same day. Consider also the classic rapture passage in 1 Thessalonians:

1 Thessalonians 4:16-18 KJV (16) For the Lord himself shall descend from heaven with a shout, with the voice of the archangel, and with the trump of God: and the dead in Christ shall rise first: (17) Then we which are alive and remain shall be caught up together with them in the clouds, to meet the Lord in the air: and so shall we ever be with the Lord. (18) Wherefore comfort one another with these words. 1 Thessalonians 5:1-3 KJV (1) But of the times and the seasons, brethren, ye have no need that I write unto you. (2) For yourselves know perfectly that the day of the Lord so cometh as a thief in the night. (3) For when they shall say, Peace and safety; then sudden destruction cometh upon them, as travail upon a woman with child; and they shall not escape.

Church, we will be here for the entirety of the seventieth week but at the end, the Lord shall appear to rapture us to be with Him. Then He pours our His wrath, the Bowls of Wrath, on those left. Nowhere in all of Scripture is any portion of the last seven years described as God’s wrath (specific wrath; there is a general wrath that God pours out anytime He sees fit but it never destroys several nations and large portions of the earth like the specific wrath I am referring to at the end). The teaching that the last seven years is God’s wrath is something concluded by those who believe in a pre-trib rapture and is just as wrong as the pre-trib doctrine itself.