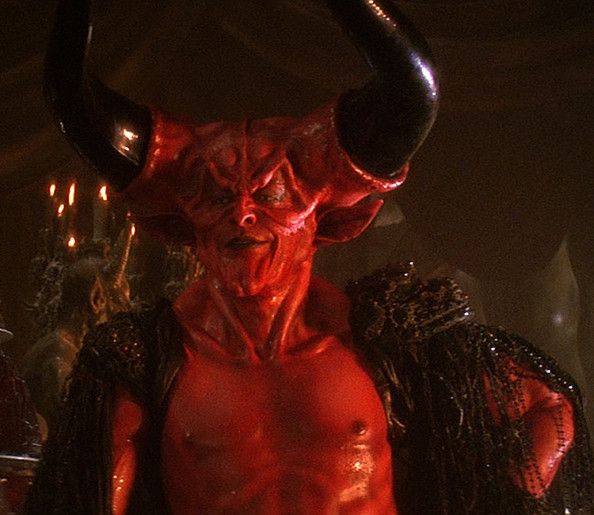 Jesus warned us! Paul warned us! How can the Church be falling for the deceptions we see today? One of the hallmarks describing the end time is the deception that was to come – now it is here. This is one of many proofs that we live in the end time. You are the generation that most likely will see the coming of Jesus Christ. Are you ready?

Let’s examine the warnings of the Bible concerning deception:

Matthew 24:4  And Jesus answered and said unto them, Take heed that no man deceive you.

The very first thing out of Jesus’ mouth when asked about His coming and the end of the age was a warning about deception. Now, Jesus was talking to His disciples almost 2,000 years ago, but really He wasn’t because they obviously would not be around for the end of the age. He was actually speaking to the last generation of believers on the earth during the time of His coming. I think it has become obvious to any Christian that understands end time prophecy and is paying attention to world events that we are very very close to the end. We could likely be that final generation that sees Jesus return in the clouds to resurrect the dead in Christ and rapture those who remain.

Remember the murder of George Floyd in May 2020? The media told you, “A black man was murdered by a white cop because of racism.” The truth is a man was murdered by a cop due to excessive force. Was the murder of George Floyd an act of racism? Maybe it was. But how can you tell? You can’t. You cannot see into a man’s heart where the racism abides; only God can. Unless former officer Derek Chauvin verbally yelled out racist slurs, it is impossible to say for certain that it was a racist act. Especially since the other men helping in the arrest were an African-American man, an Asian man, and a Latino man. Explain that. But the liberal media must agitate the populace and spread lies to sell their product. Too many in the Church have fallen for it.

Of course, everyone should be outraged at what happened to George Floyd. But unfortunately the people of God have sided in with the devil’s people to protest. Christians should have nothing to do with the leftists, the democrats, Antifa or anarchists. Because what they claim they are standing for sounds good, but the reality is they are using your outrage to push their agenda, not yours.

Matthew 24:5  For many shall come in my name, saying, I am Christ; and shall deceive many.

Many will come saying “I am Christ,” but I don’t think that means many will be claiming to be Jesus. No, it means many will claim to be anointed, which is what the word christ means. In other words, many will claim to be from God, speaking on behalf of God. They will call themselves Christians, preachers, or television hosts – who claim to have the Christ spirit in them giving secret knowledge. These are they that have a forked tongue for their message is from the Deceiver.

So it is prophesied by Jesus Himself about the deception and deceivers to come at the end of the age. Then it clearly says “many” will be deceived. That is so descriptive of the world we live in today. There seems to be a mass deception going out through media. It is like the world and even some in the Church are hypnotized. Like automatons with a dazed look repeating  in a monotone voice, “The…new…normal,” “Stay…home…stay…safe,” “White…privilege,” “Black…lives…matter.”

Don’t get me wrong, there has certainly been white privilege and racism as a problem particularly in the past…but today is it really everywhere? Is every white person really a racists? Are all cops racists and brutal?  Of course not.  These phrases like white privilege and BLM are traps to suck you into their world of real racism:  dividing the races so as to conquer them. Watch out saints; when you think you are standing for a noble cause and you are really perpetuating the cause you stand against. That is deception.

Matthew 24:11  And many false prophets shall rise, and shall deceive many.

Again, notice the repetition of the word “many”; many false prophets and many deceived people. In other words, this deception in the last days is directed towards those who would be classified as Christians. Who else would listen to prophets but Christians? So, as the world is whole-hardheartedly embracing the deception, the Church will become a target for deception as well.  If we do not know the Truth, we will fall. If we love anything more than the Truth, we will fall – that includes our denomination, our political affiliation, our culture, our race, our money and even our lives. This is the time of testing for the Church. How is your test going? Are you siding with the masses of the world, or do you look for another country – a Heavenly country to come?

1 Timothy 4:1-2  Now the Spirit speaketh expressly, that in the latter times some shall depart from the faith, giving heed to seducing spirits, and doctrines of devils;  (2)  Speaking lies in hypocrisy; having their conscience seared with a hot iron;

So this verse points out that the work of false prophets, that Jesus warned us about in Matthew 24:11, was effective. By the time the end comes, some will depart from the Christian faith. Why? They gave heed to seduction or deception. Any church that stands with the world, is a church against God. No matter how right the cause may sound, Christians should not lock arm-and-arm with the world. They have no Truth. How can they know what is good and right? They cannot.

Churches cow-towed to the government rules for the lock-downs because they supposedly could spread the corona virus if they assembled. But then those same churches went to the streets when the opportunity to protest came along. I guess the virus has no effect as long as you’re protesting. Which is more important, assembling for church or protesting? That was a test…and many failed. God help us wake up.

Have you ever heard in the history of mankind of a generation of people more ready to embrace the antichrist than today’s world? This world loves lies and hates truth. Church we are in the last days; have nothing to do with this world. Consider that the antichrist is working right now behind the scenes. Here is a prophecy about him:

2 Thesselonians 2:9-12  Even him, whose coming is after the working of Satan with all power and signs and lying wonders,  (10)  And with all deceivableness of unrighteousness in them that perish; because they received not the love of the truth, that they might be saved.  (11)  And for this cause God shall send them strong delusion, that they should believe a lie:  (12)  That they all might be damned who believed not the truth, but had pleasure in unrighteousness.

That passage is dripping with language about the deception of the last days. The more deception we see, the closer we are to the antichrist. He will be the most cunning masterful deceiver mankind has even known. He will come in with solutions to all the problems his own people caused. The devil will hand his authority over to the antichrist. The devil gets his authority from the sins of mankind. So there’s a LOT of power handed from the devil over to the antichrist! The masses have already been hypnotized but the question is, will the Church follow the pied piper or will they love Truth more? Now is the time to forsake this world and give yourself completely over to God’s Word. Ask for the Spirit of Truth to help you not be deceive for even the very elect will be deceived if possible.