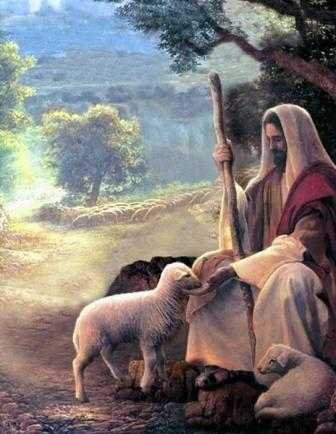 The Role of The Pastor

What Is A Pastor And His Role In Church Government According To The Bible?

If you are interested in learning what Bible says about church government, you have come to the right place. If you come hoping to validate what you already believe about the subject, you come with the wrong motive.   Honestly ask yourself   the question, “Do I really  want to know what the Bible says on church government?” If so, you be will obligated to keep it since it is taught in God’s Word.

What Is A Pastor?

The word  “Pastor ” is only mentioned in the King James version here:

However the office of the Pastor is also mentioned in the following verses as the word “Shepherd” (this is a complete list but only with some of them I included the entire verse with the reference):

Mat 9:36 KJV   But when he saw the multitudes, he was moved with compassion on them, because they fainted, and were scattered abroad, as sheep having no shepherd.

Mat 26:31 KJV   Then saith Jesus unto them, All ye shall be offended because of me this night: for it is written, I will smite the shepherd, and the sheep of the flock shall be scattered abroad.

Mar 6:34 KJV   And Jesus, when he came out, saw much people, and was moved with compassion toward them, because they were as sheep not having a shepherd: and he began to teach them many things.

1) a herdsman, especially a shepherd

1a) in the parable, he to whose care and control others have committed themselves, and whose precepts they follow

2a) the presiding officer, manager, director, of any assembly: so of Christ the Head of the church

2a1) of the overseers of the Christian assemblies

2a2) of kings and princes

It is interesting that the Lord would use the term of a herdsman who watches over sheep to describe this office in the Church.   It is evident that the Pastor has an overseeing role within the local assembly. The Pastor oversees the sheep. Do the sheep tell the shepherd what to do?   No, of course not,  no more than we as God’s sheep tell Jesus, the Head Pastor, what to do.   The shepherd is the “presiding officer, manager, director, of any assembly”  according to Thayer’s which is precisely what the term “shepherd” means in relation to the sheep.

Webster’s 1828 Dictionary defines the word “Pastor” as, “A shepherd; one that has the care of flocks and herds; a  minister of the gospel who has the charge of a church and congregation, whose duty is to watch over the people of his charge, and instruct them in the sacred doctrines of the Christian religion.” Therefore, based on the concept of the Pastor being a shepherd and the definitions of the word “Pastor” according to Thayer and Webster, it is evident that the Pastor alone holds this role of overseeing the sheep. It is not someone else’s job. The office of Pastor was created by the Lord Jesus to oversee the local assembly of God’s sheep.

Part 1   The Role of the Pastor