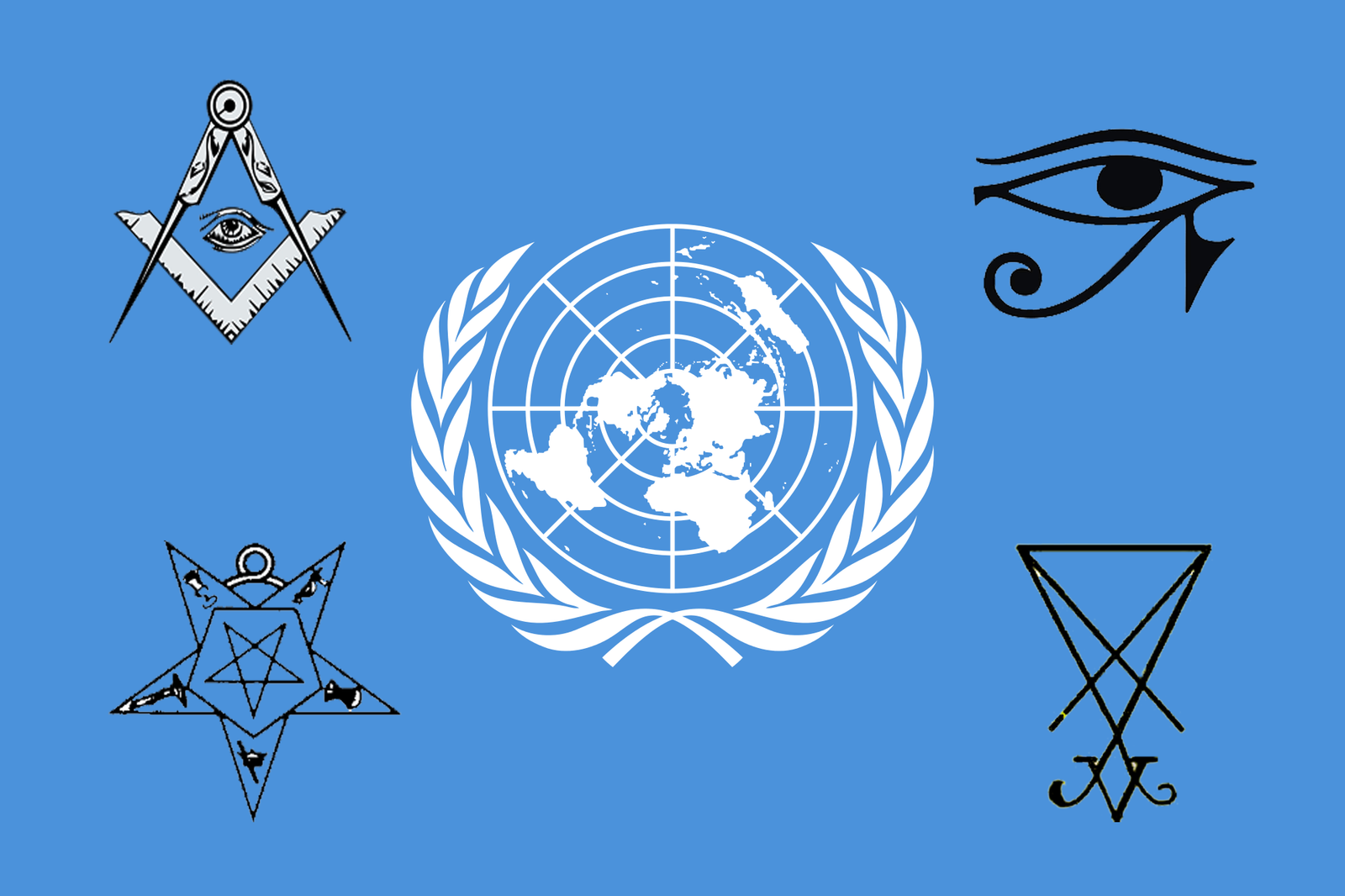 Who is the Antichrist?

***My personal comments are underlined and are more subjective; therefore, they could be incorrect.

Dan 7:7  After this I saw in the night visions, and behold a fourth beast, dreadful and terrible, and strong exceedingly; and it had great iron teeth: it devoured and brake in pieces, and stamped the residue with the feet of it: and it was diverse from all the beasts that were before it; and it had ten horns.

Daniel 7:8 KJV  I considered the horns, and, behold, there came up among them another little horn, before whom there were three of the first horns plucked up by the roots: and, behold, in this horn were eyes like the eyes of man, and a mouth speaking great things.

Dan 7:20  And of the ten horns that were in his head, and of the other which came up, and before whom three fell; even of that horn that had eyes, and a mouth that spake very great things, whose look was more stout than his fellows.

Dan 7:21, 22  I beheld, and the same horn made war with the saints, and prevailed against them; Until the Ancient of Days came…

Dan 7:24  And the ten horns out of this kingdom are ten kings that shall arise: and another shall rise after them; and he shall be diverse from the first, and he shall subdue three kings.

Dan 7:26  But the judgment shall sit, and they shall take away his dominion, to consume and to destroy it unto the end.

Dan 8:8-9  Therefore the he goat waxed very great: and when he was strong, the great horn was broken; and for it came up four notable ones toward the four winds of heaven.  (9)  And out of one of them came forth a little horn, which waxed exceeding great, toward the south, and toward the east, and toward the pleasant land… Dan 8:22-23  Now that being broken, whereas four stood up for it, four kingdoms shall stand up out of the nation, but not in his power.  (23)  And in the latter time of their kingdom, when the transgressors are come to the full, a king of fierce countenance, and understanding dark sentences, shall stand up.

Dan 8:10  And it waxed great, even to the host of heaven; and it cast down some of the host and of the stars to the ground, and stamped upon them.

Dan 8:11  Yea, he magnified even to the prince of the host, and by him the daily sacrifice was taken away, and the place of sanctuary was cast down.

Dan 8:12  And an host was given him against the daily sacrifice by reason of transgression, and it cast down the truth to the ground; and it practised, and prospered.

Dan 8:25  And through his policy also he shall cause craft to prosper in his hand; and he shall magnify himself in his heart, and by peace shall destroy many: he shall also stand up against the Prince of princes; but he shall be broken without hand.

Dan 9:26  And after threescore and two weeks shall Messiah be cut off, but not for himself: and the people of the prince that shall come shall destroy the city and the sanctuary; and the end thereof shall be with a flood, and unto the end of the war desolations are determined.

Dan 9:27  And he shall confirm the covenant with many for one week: and in the midst of the week he shall cause the sacrifice and the oblation to cease, and for the overspreading of abominations he shall make it desolate, even until the consummation, and that determined shall be poured upon the desolate.

Dan 11:40  And at the time of the end shall the king of the south push at him: and the king of the north shall come against him like a whirlwind, with chariots, and with horsemen, and with many ships; and he shall enter into the countries, and shall overflow and pass over.

Dan 11:41  He shall enter also into the glorious land, and many countries shall be overthrown: but these shall escape out of his hand, even Edom, and Moab, and the chief of the children of Ammon.

Dan 11:42  He shall stretch forth his hand also upon the countries: and the land of Egypt shall not escape.

Dan 11:43  But he shall have power over the treasures of gold and of silver, and over all the precious things of Egypt: and the Libyans and the Ethiopians shall be at his steps.

Dan 11:44  But tidings out of the east and out of the north shall trouble him: therefore he shall go forth with great fury to destroy, and utterly to make away many.

Dan 11:45  And he shall plant the tabernacles of his palace between the seas in the glorious holy mountain; yet he shall come to his end, and none shall help him.

Daniel 12:11 KJV  And from the time that the daily sacrifice shall be taken away, and the abomination that maketh desolate set up, there shall be a thousand two hundred and ninety days.

2 Thessalonians 2:3 KJV   Let no man deceive you by any means: for that day shall not come, except there come a falling away first, and that man of sin be revealed, the son of perdition;

2 Thessalonians 2:4 KJV  Who opposeth and exalteth himself above all that is called God, or that is worshipped; so that he as God sitteth in the temple of God, shewing himself that he is God.

2 Thessalonians 2:6 KJV  And now ye know what withholdeth that he might be revealed in his time.

2 Thessalonians 2:7 KJV  For the mystery of iniquity doth already work: only he who now letteth will let, until he be taken out of the way.

2 Thessalonians 2:8 KJV   And then shall that Wicked be revealed, whom the Lord shall consume with the spirit of his mouth, and shall destroy with the brightness of his coming:

2 Thessalonians 2:9 KJV  Even him, whose coming is after the working of Satan with all power and signs and lying wonders,

2Th 2:10  And with all deceivableness of unrighteousness in them that perish; because they received not the love of the truth, that they might be saved.

2Th 2:11  And for this cause God shall send them strong delusion, that they should believe a lie:

Rev 17:10-11  And there are seven kings: five are fallen, and one is, and the other is not yet come; and when he cometh, he must continue a short space.  (11)  And the beast that was, and is not, even he is the eighth, and is of the seven, and goeth into perdition.

2 John 1:7  For many deceivers are entered into the world, who confess not that Jesus Christ is come in the flesh. This is a deceiver and an antichrist.

Revelation 19:20  And the beast was taken, and with him the false prophet that wrought miracles before him, with which he deceived them that had received the mark of the beast, and them that worshipped his image. These both were cast alive into a lake of fire burning with brimstone.

Revelation 20:10  And the devil that deceived them was cast into the lake of fire and brimstone, where the beast and the false prophet are, and shall be tormented day and night for ever and ever.

**Possible references to the antichrist:

**John 5:43  I am come in my Father’s name, and ye receive me not: if another shall come in his own name, him ye will receive.

**Isaiah 10:5-6  O Assyrian, the rod of mine anger, and the staff in their hand is mine indignation.  (6)  I will send him against an hypocritical nation, and against the people of my wrath will I give him a charge, to take the spoil, and to take the prey, and to tread them down like the mire of the streets.

**Isaiah 10:7  Howbeit he meaneth not so, neither doth his heart think so; but it is in his heart to destroy and cut off nations not a few.

**Isaiah 10:8  For he saith, Are not my princes altogether kings?

**Isaiah 10:9  Is not Calno as Carchemish? is not Hamath as Arpad? is not Samaria as Damascus?

**Isaiah 10:24  Therefore thus saith the Lord GOD of hosts, O my people that dwellest in Zion, be not afraid of the Assyrian: he shall smite thee with a rod, and shall lift up his staff against thee, after the manner of Egypt.

**Isaiah 10:28-32  He is come to Aiath, he is passed to Migron; at Michmash he hath laid up his carriages:  (29)  They are gone over the passage: they have taken up their lodging at Geba; Ramah is afraid; Gibeah of Saul is fled.  (30)  Lift up thy voice, O daughter of Gallim: cause it to be heard unto Laish, O poor Anathoth.  (31)  Madmenah is removed; the inhabitants of Gebim gather themselves to flee.  (32)  As yet shall he remain at Nob that day: he shall shake his hand against the mount of the daughter of Zion, the hill of Jerusalem.

**Isaiah 30:30-31  And the LORD shall cause his glorious voice to be heard, and shall shew the lighting down of his arm, with the indignation of his anger, and with the flame of a devouring fire, with scattering, and tempest, and hailstones.  (31)  For through the voice of the LORD shall the Assyrian be beaten down, which smote with a rod.

**Isaiah 30:33  For Tophet is ordained of old; yea, for the king it is prepared; he hath made it deep and large: the pile thereof is fire and much wood; the breath of the LORD, like a stream of brimstone, doth kindle it.

**Isaiah 31:8-9  Then shall the Assyrian fall with the sword, not of a mighty man; and the sword, not of a mean man, shall devour him: but he shall flee from the sword, and his young men shall be discomfited.  (9)  And he shall pass over to his strong hold for fear, and his princes shall be afraid of the ensign, saith the LORD, whose fire is in Zion, and his furnace in Jerusalem.