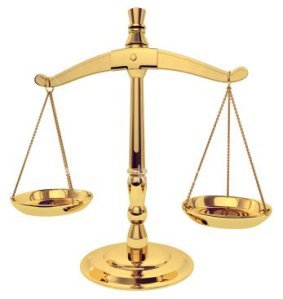 After the Resurrection/Rapture (which happened during the Seventh Seal at the Seventh Trumpet some time after the Great Tribulation), the Church will stand before the Judgment Seat of Christ. This will be a place in the Heavens where we will be given reward for the deeds done in our bodies (1 Cor 3:9-15). It will not be a place of condemnation and punishment for sin. There will be no sinners at the Judgment Seat of Christ – only Christians. Sinners go to another judgment. The sinners only will stand before God the Father in condemnation before the Great White Throne Judgment spoken of in Revelation 20. We, the Church, will never stand at the Great White Throne Judgment. Judgment for the Christian will be a time of reward in comparison to the judgment of the world which will be nothing but wrath. Christians should never fear judgment. It will be a revealing of your heart and those things done in the flesh will be burned up but those things done in love will remain as your reward.

Rom 14:10 – 11 But why dost thou judge thy brother? or why dost thou set at naught thy brother? for we shall all stand before the judgment seat of Christ. For it is written, As I live, saith the Lord, every knee shall bow to me, and every tongue shall confess to God.

Notice that Paul is talking to Christians here in the Book of Romans. Christians are the only ones to stand before the Judgment Seat of Christ.

2Co 5:9, 10 Wherefore we labor, that, whether present or absent, we may be accepted of him. For we must all appear before the judgment seat of Christ; that every one may receive the things done in his body, according to that he hath done, whether it be good or bad.

Again, Paul here is speaking to Christians only. The Judgment seat of Christ is only spoken to and about Christians whereas the judgments at the Great White Throne (below) only speak about the lost.

Rev 20:12 – 15 And I saw the dead, small and great, stand before God; and the books were opened: and another book was opened, which is the book of life: and the dead were judged out of those things which were written in the books, according to their works. And the sea gave up the dead which were in it; and death and hell delivered up the dead which were in them: and they were judged every man according to their works. And death and hell were cast into the lake of fire. This is the second death. And whosoever was not found written in the book of life was cast into the lake of fire.

Who are the one’s standing before the Great White Throne of God for judgment? Only “the dead” – those spiritually dead because they were not believers. Who was judged? Only “the dead were judged”. The timing of the Great White Throne Judgment is after the millennial reign of Christ but the timing the Judgment Seat of Christ is at the Resurrection/Rapture.

Marriage Supper of the Lamb

Before the Lord returns with all His saints to the earth, there will be a marriage supper in Heaven. This event will include the saints from all ages, including the martyrs of the Great Tribulation and greatest tribulation, as the Church of the Lord Jesus Christ is being presented to Him as a pure, holy, and chaste virgin. The passage that describes this event is Revelation 19:

Rev 19:7 – 9 Let us be glad and rejoice, and give honor to him: for the marriage of the Lamb is come, and his wife hath made herself ready. And to her was granted that she should be arrayed in fine linen, clean and white: for the fine linen is the righteousness of saints. And he saith unto me, Write, Blessed are they which are called unto the marriage supper of the Lamb. And he saith unto me, These are the true sayings of God.

All will be gathered that are called saints. This will be a wonderful time of celebration because the Church, the Bride of Christ, will be officially united with Him in completeness and purity! Following this we will all leave Heaven to be with the Lord as He goes in great glory, power, and wrath to complete the judgment of the nations. During all this time of the Judgement Seat of Christ and the Marriage Supper of the Lamb, Armageddon was preparing and the seven bowls of God’s wrath were starting to be be poured out on the earth.

The following is some information on a Jewish wedding that could shed some light on the manner in which the Marriage Supper of the Lamb takes place. You can find the source of this information at http://www.khouse.org/articles/2003/449/

The first step, the Ketubah, or Betrothal, 2 was the establishment of the marriage covenant, usually when the prospective bridegroom took the initiative 3 and negotiated the price (mohair) he must pay to purchase her. 4

Once the bridegroom paid the purchase price, the marriage covenant was established, and the young man and woman were regarded as husband and wife. 5 From that moment on, the bride was declared to be consecrated or sanctified – set apart – exclusively for her bridegroom. 6 As a symbol of the covenant relationship that had been established, the groom and bride drank from a cup of wine over which the betrothal had been pronounced. 7

After the marriage covenant was established, the groom left his bride at her home and returned to his father’s house, where he remained separated from his bride for approximately 12 months. 8 This afforded the bride time to gather her trousseau and prepare for married life. 9

During this period of separation, the groom prepared a dwelling place in his father’s house to which he would later bring his bride. At the end of the period of separation, the bridegroom came – usually at night – to take his bride to live with him. The groom, the best man, and other male escorts left the father’s house and conducted a torch-light procession to the home of the bride. 10 Although the bride was expecting her groom to come for her, she did not know the time of his coming. 11 As a result, the groom’s arrival was preceded by a shout, 12 which announced her imminent departure to be gathered with him.

After the groom received his bride, together with her female attendants, the enlarged wedding party returned from the bride’s home to the groom’s father’s house, 13 where the wedding guests had assembled.

Shortly after their arrival, the bride and groom were escorted by the other members of the wedding party to the bridal chamber ( huppah ). Prior to entering the chamber, the bride remained veiled so that no one could see her face. 14 While the groomsmen and bridesmaids waited outside, the bride and groom entered the bridal chamber alone. There, in the privacy of that place, they entered into physical union for the first time, thereby consummating the marriage that had been covenanted approximately one year earlier. 15

Upon receiving the good news, the wedding guests remained in the groom’s father’s house for the next seven days, celebrating with a great wedding feast. 18

During the seven days of the wedding feast, the bride and groom remained hidden in the bridal chamber 19 (Cf. Genesis 29:21-23, 27-28) for the seven days of the huppah. 20 Afterwards, the groom came out of hiding, bringing his bride with him, but with her veil removed so that everyone could see her.