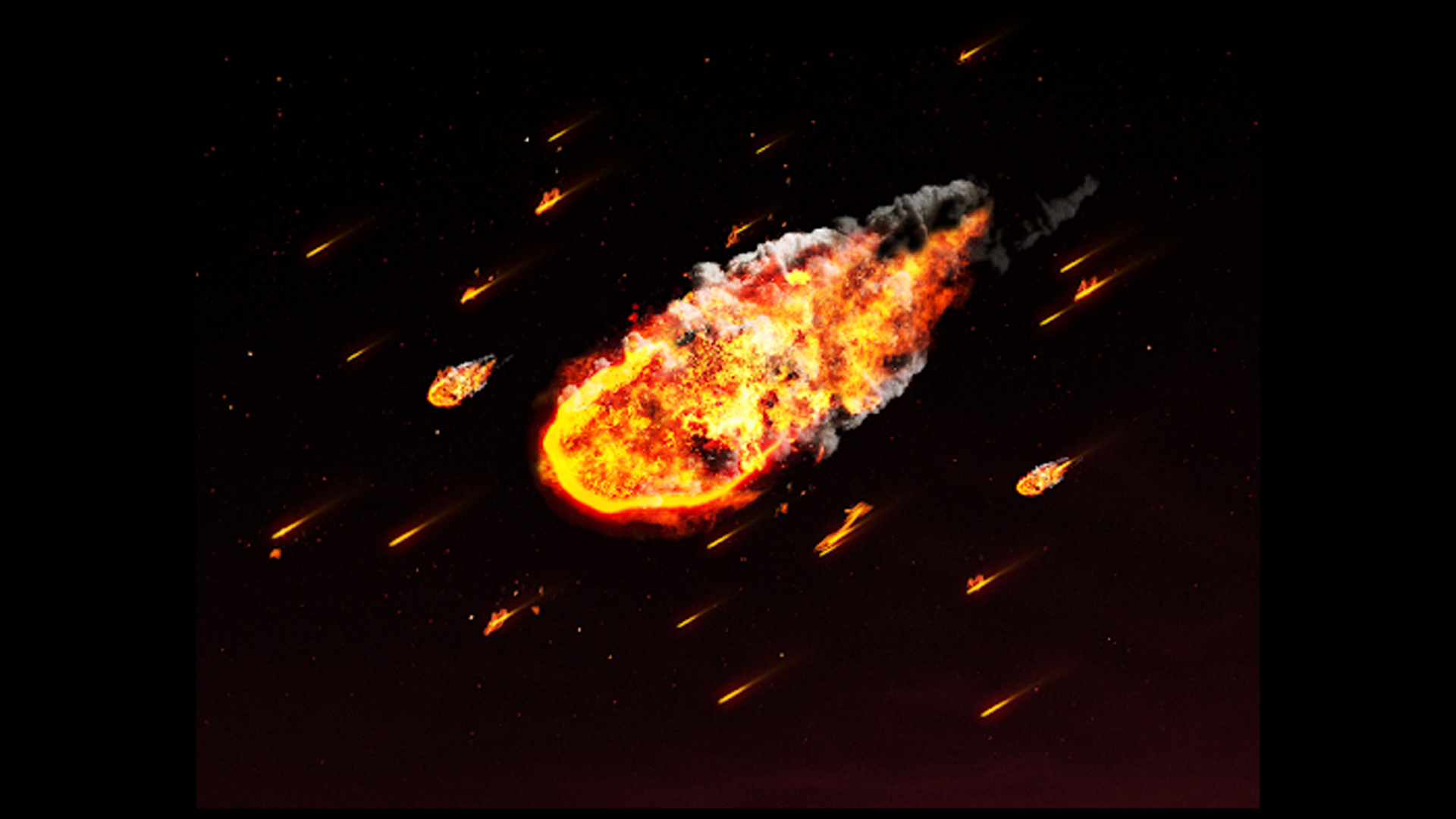 The Wormwood Asteroid Strike Then the Rapture

Mat 24:29-31 ESV “Immediately after the tribulation of those days THE SUN WILL BE DARKENED, AND THE MOON WILL NOT GIVE ITS LIGHT, AND THE STARS WILL FALL FROM HEAVEN, AND THE POWERS OF THE HEAVENS WILL BE SHAKEN. (30) THEN WILL APPEAR IN HEAVEN THE SIGN OF THE SON OF MAN, and then all the tribes of  the earth will mourn, and they will see the Son of Man coming on the clouds of heaven with power and great glory. (31) And he will send out his angels with a loud trumpet call, and they will gather his elect from the four winds, from one end of heaven to the other.

Rev 6:12-14 ESV When he opened the sixth seal, I looked, and behold, there was a great earthquake, and the sun became black as sackcloth, the full moon became like blood, (13) and the stars of the sky fell to the earth as the fig tree sheds its winter fruit when shaken by a gale. (14) The sky vanished like a scroll that is being rolled up, and every mountain and island was removed from its place.

The Wormwood asteroid strike happens at the latter part of the Great Tribulation. It is the main event of the Sixth Seal. This terrible asteroid impact is described in detail in the first six Trumpets of Revelation which all happen during the Sixth Seal. Afterward comes the Resurrection / Rapture of the Church at the Seventh Seal and Seventh Trumpet, which start concurrently.

The Sixth Seal speaks of certain signs in the heavens and earth. The three main signs are as follows: 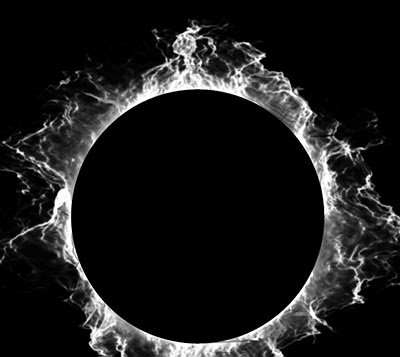 The moon becomes as blood 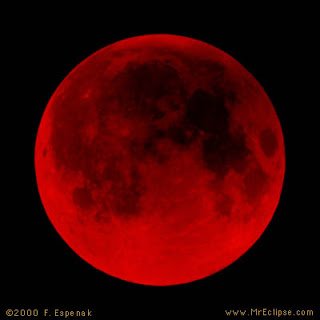 I believe these all occur due to the Wormwood asteroid:

The earthquake happens with the impact of this huge asteroid striking the planet. It likely could be felt around the world. Soot and impact debris will fly into the atmosphere creating darkness all over the earth. It will be as dark as a cave at first. You will not be able to see the sun. Then eventually it subsides and some light will come through making the moon a reddish tint. The world will live in an impact winter for years if the Lord did not come. But He will come after the asteroid just as the Bible says.

These signs are the main signs I want to focus on because they can be tracked in different places in the Bible. When we find these peculiar signs being mentioned together in other places in the Bible, we have a clue that we are again seeing the Sixth Seal. The Sixth Seal, after the resurrection/rapture, and seventh seal are where we see the actual Wrath of God poured out on the ungodly.

The Great Earthquake and Astronomical Signs

So where else in the Bible do we see these signs?:

Isa 24:19-23 KJVR The earth is utterly broken down, the earth is clean dissolved, the earth is moved exceedingly . (20) The earth shall reel to and fro like a drunkard, and shall be removed like a cottage ; and the transgression thereof shall be heavy upon it; and it shall fall, and not rise again. (21) And it shall come to pass in that day, that the LORD shall punish the host of the high ones that are on high, and the kings of the earth upon the earth. (22) And they shall be gathered together, as prisoners are gathered in the pit, and shall be shut up in the prison, and after many days shall they be visited. (sounds like Rev 20:1-3) (23) Then the moon shall be confounded, and the sun ashamed , when the LORD of hosts shall reign in mount Zion, and in Jerusalem, and before his ancients gloriously.

Here is one passage that unmistakably has all three of the same events mentioned for the Sixth Seal. This is a deeper description of what also occurs at this time period in greater detail than what we see in Revelation 6. Notice some of the things that occur during or after the great earthquake, the moon being confounded, and the sun ashamed. It is associated with “the LORD [punishing] the host of the high ones that are on high and the kings of the earth upon the earth.” Jesus is pouring out His wrath on the wicked spirits in the second heaven as well as on the kings of the earth. I believe He is clearing out the second heaven for us believers to rule in their place. I would encourage you to read all of Isaiah 24 to see what happens in detail when the Wormwood asteroid strikes.

We also find the Wormwood asteroid strike in Joel:

Joe 2:30-32 KJVR And I will show wonders in the heavens and in the earth, blood, and fire, and pillars of smoke. (31) The sun shall be turned into darkness, and the moon into blood, before the great and the terrible day of the LORD come. (32) And it shall come to pass, that whosoever shall call on the name of the LORD shall be delivered: for in mount Zion and in Jerusalem shall be deliverance, as the LORD hath said, and in the remnant whom the LORD shall call.

The Wormwood asteroid impact happens before the Day of the Lord. The Day of the Lord is when God pours out His wrath on wicked sinners still left on the earth after the Resurrection / Rapture.

Matthew 24 tells us exactly what is to happen in exact order. So much confusion has been raised concerning Matthew 24. It is hard to see the Truth even if it were told to some people because so many have been programmed to believe in a pre-trib rapture. If pre-trib rapture were true, you would have to rip Matthew 24 out of your Bible because Jesus got it all wrong. When it talks about Jesus coming to gather together His elect (Matt 24:31), “That isn’t the rapture” the pre-trib doctrine says but that could not be further from the Truth.

Pre-tribulation doctrine says the rapture is when Jesus stays in the heavens while His second coming is when He lands on mount Olives. THAT distinguishes the two events, they say. Why could He not rapture us into the heavens to be with Him where He is and then days or weeks later touch down on the Mount of Olives? I believe the Bible teaches that the rapture and the coming are one event spread out over days.

Pre-trib doctrine says Matthew 24 is all about the Jews since it mentions Judea, Sabbath days, and the holy place. They say, since it is all about the Jews, when it starts talking about the gathering when Jesus comes, it is not the rapture. That is totally incorrect. Yes, Matthew 24 does deal with the Jews but not exclusively. We, the Church, are God’s elect and we will be gathered just like it says in Matthew 24.

See my commentary of Matthew 24 here.

So don’t let anyone ever tell you that the following verses are not talking about the Rapture of the Church. The Rapture IS Mentioned in Matthew 24

Mat 24:30-31 KJV And then shall appear the sign of the Son of man in heaven: and then shall all the tribes of the earth mourn, and they shall see the Son of man coming in the clouds of heaven with power and great glory. (31) And he shall send his angels with a great sound of a trumpet, and they shall gather together his elect from the four winds, from one end of heaven to the other.

How much more clear could Jesus have said it? He comes, THE Second Coming, and He raptures His Church FROM HEAVEN! It seems it is from these very words that Paul studied and wrote for us 1 Thess. 4 and 5.

1Th 4:16-17 KJV For the Lord himself shall descend from heaven with a shout, with the voice of the archangel, and with the trump of God: and the dead in Christ shall rise first: (17) Then we which are alive and remain shall be caught up together with them in the clouds, to meet the Lord in the air: and so shall we ever be with the Lord.

Notice the similarities of Matt 24:30-31 and 1 Thess 4:16-17. There is the Lord, angelic presence, a trump, and a gathering of God’s people in the air. These passages are talking about the same event! Some say, “Matthews account is talking about angels gathering the elect while Thessalonians does not talk about angels gathering us.” My reply: “so what?” Matthew’s account gives the details of how we are going to gather with the Lord in the air but Paul did not give the details of how. He just says we’ll be raptured in the clouds. Don’t be petty. You would have to be taught by men to actually believe these two verses are talking about different events. If you give someone without any Bible indoctrination both passages to read, there is no question almost all would agree that these must be talking about the same event. The only prerequisite to believing it would be literacy.

Matthew 24 is a perfect chronology. It absolutely matches the first six seals of Revelation. Many that believe in the Pre-Tribulational Rapture have pointed out the first four or five seals match Matthew 24 but they ignore that sixth seal is mentioned as well because it contradicts their Pre-tribulation Rapture system. Be honest and tell me if these verses are talking about the same event:

Mat 24:29 KJV Immediately after the tribulation of those days shall the sun be darkened, and the moon shall not give her light, and the stars shall fall from heaven, and the powers of the heavens shall be shaken:

Rev 6:12-14 KJV And I beheld when he had opened the sixth seal, and, lo, there was a great earthquake; and the sun became black as sackcloth of hair, and the moon became as blood; (13) And the stars of heaven fell unto the earth, even as a fig tree casteth her untimely figs, when she is shaken of a mighty wind. (14) And the heaven departed as a scroll when it is rolled together; and every mountain and island were moved out of their places.

Obviously this a description of the same event. So what’s the big deal? In Matthew, the next verse (verse 30) is the Coming of The Lord which happens at the end of the seven years. Obviously in Revelation it is at the sixth seal. That is too early for Pre-Tribbers because they believe there must follow the Seventh Seal, then the Seven Trumpets, then the Seven Bowls of Wrath. So they have a big problem with their timing.

The Lord comes at the Seventh Seal, which is concurrent timing with the Seventh Trumpet.   This happens after the Sixth Seal Wormwood asteroid strike.